May 13, 2020 News
HomeNewsKingdom Digital bids farewell to client LANEIGE MY through social post 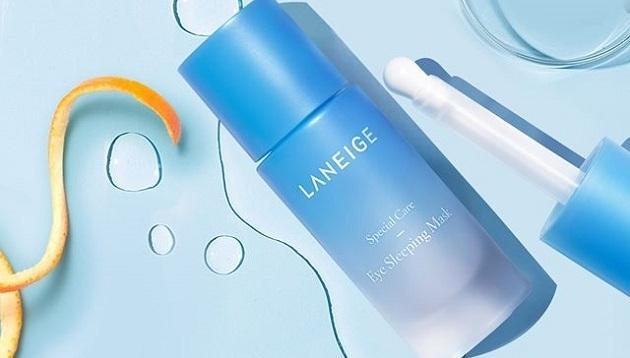 LANEIGE Malaysia and Kingdom Digital have parted ways after four years as the retainer contract came to an end. The agency also bade farewell to LANEIGE in a heartfelt Facebook post, showing appreciation for how much both parties have grown together and accomplished more than 50 campaigns.

The South Korean skincare and make up brand first approached the agency back in 2016, head of strategy Edmund Lou and digital account director Lim Tan Ting told A+M in a joint statement. They added that it took Kingdom Digital two campaign pitches before the agency was permanently brought on board for digital duties.

“We are proud of the growth we’ve achieved throughout the partnership and we wish LANEIGE a continued success in the future,” Lou and Lim added. LANEIGE declined to comment on A+M’s queries. 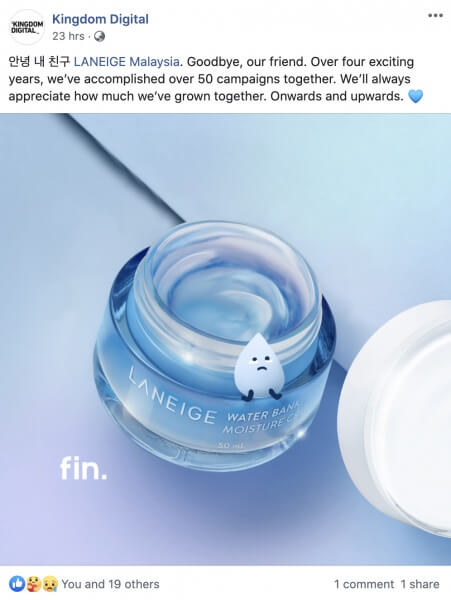 Having produced numerous campaigns for the South Korean brand over the past few years, Lou and Lim looked back on some of the memorable work the team has done for LANEIGE.

One of the first gamification campaigns Kingdom Digital conceptualised was Mission Dew-able 1 and 2, which were designed to launch LANEIGE’s White Dew collection. The game requires consumers to match a minimum of three monsters together to kill them. Bonus points were awarded when consumers matched the monsters in a square. 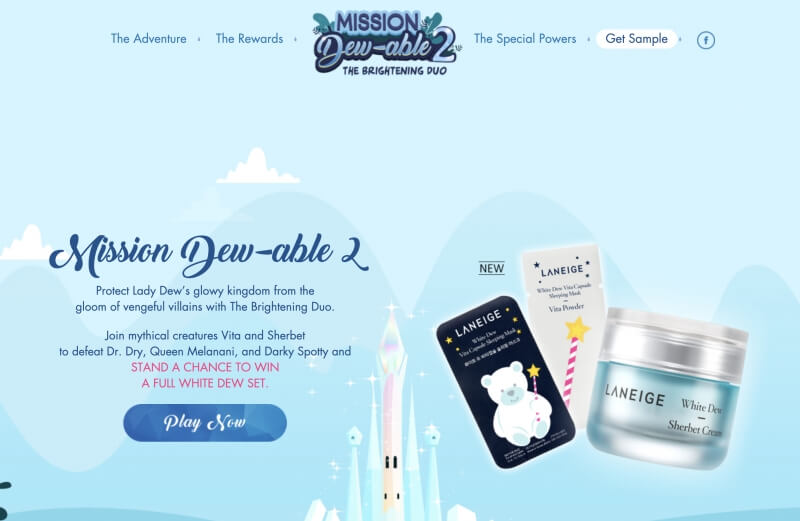 According to Lou and Lim, the campaign was so successful that the LANEIGE whitening range became the best-selling product range in the first half of 2017. “We then continued to push creative boundaries by launching the first Facebook AR make up filter and the webAR game LANEIGE Cica Hunt.

The Facebook AR make up filter promoted LANEIGE’s Sparkle My Way limited edition collection, which aimed to celebrate all women who stay true to themselves and to embrace their uniqueness. Meanwhile, the LANEIGE Cica Hunt was created to drum up awareness of its Cica Sleeping Mask and turns Cica into a cute character.

“It has been such a great journey working with LANEIGE to tell its brand story and interact with its customers through different platforms and executions,” Lou and Lim said.

Other memorable work Kingdom Digital has done for LANEIGE include an on-ground event Dance on Air for the launch of its cream skin refiner, a pre-wedding photoshoot in collaboration with Weddings Malaysia, and a series of creative video content.